My brother, Ted, and I have made two trips together to Ireland to explore our Sweeney roots.  Back in May 2016, we were off on Bill & Ted’s Excellent Adventure #1.  We visited McPherson and Brennan cousins as well as the the Sweeney, Horan, and Brennan homesteads.

The 2016 trip was such a great time, we needed to cook up a good reason to do it again.  In April 2019, we did just that.  Taking a trip without our spouses needed to be very Sweeney family history focused (appearance of being boring), not too long (that would be excessive without our spouses), and yet have it turn out to be a fantastic time.  My brainstorm for Bill & Ted’s Excellent Adventure #2 was to see the most prominent Sweeney castles in Ireland and Scotland.  Along the way we would see our McPherson cousins and some sights in Ireland we hadn’t seen before.  Neither of us had ever been to Scotland, so we had to squeeze in visits to Edinburgh and Glasgow.  Unfortunately, there was no time for the Loch Ness monster.

Doe Castle stands on the shores of Sheephaven Bay in Donegal.  Built in the early 15th century, it was a MacSweeney stronghold for almost 200 years.  The castle is open and we were free to walk around. 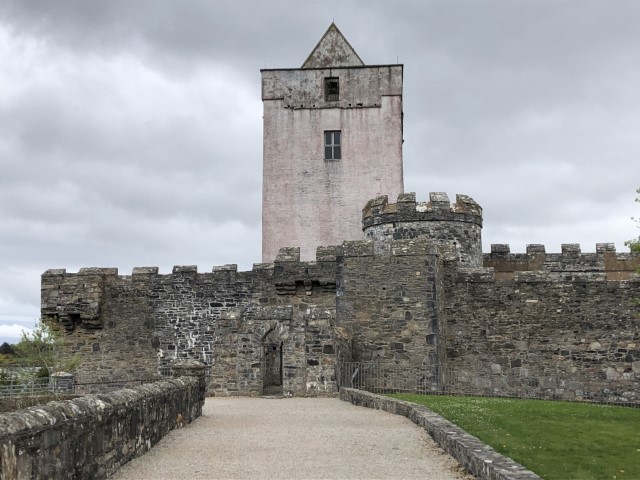 Castle Sween is an impressive structure located on Loch Sween in Knapdale, Argyll, Scotland.  It dates back to the 12th century.  Like Doe Castle, we were free to walk around  the castle ruins.

Edinburgh was spectacular and Glasgow was also definitely worth visiting.  I would like to claim Edinburgh Castle as the third Sweeney castle we visited, but I doubt anyone would believe that. 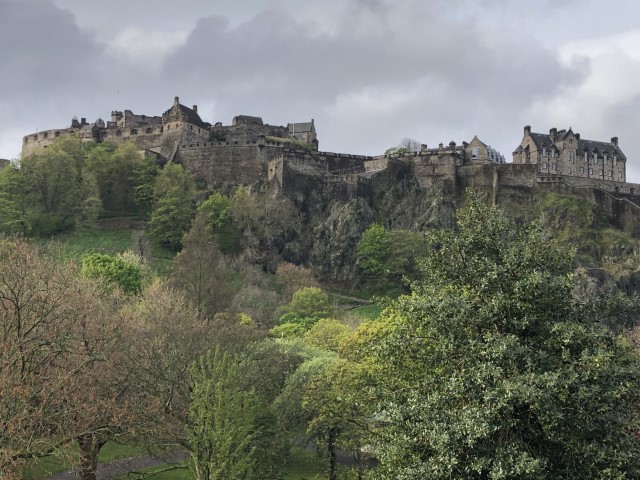 Somehow, we accomplished everything in just 5 days.  On the first trip, I did all the driving.  One minor mishap occurred, but we don’t need to speak of that.  On this trip, Ted did all the driving and except for pulling into oncoming traffic once, I was very happy to be in the passenger seat.

Our next mission is to devise a plan for Bill & Ted’s Excellent Adventure #3.  There must be some family history left to explore somewhere in the world.